Nissan will give the Titan fullsize pickup a modest facelift for 2020, three years after the half-ton models were introduced and four years after the slightly larger XD models went on sale. The PRO-4X model is expected to continue as the more off-road-oriented model to rival vehicles such as the Chevrolet Silverado Z71. Changes on the outside, however, will be limited to a revised grille, lights and tailgate design.

More significant changes will be found inside, where the old Nissan infotainment system finally gives way to what looks to be a large infotainment system, possibly as large as 10 in. Modern connectivity features are also expected as the company upgrades its infotainment systems across its lineup, but the Titan’s looks to be the largest system offered on a North American Nissan model yet. Other interior changes concern revised switches and materials that look to be more upscale than what’s currently on the Titan, even if they aren’t as radically styled as those found on rivals, such as the RAM 1500.

It’s unclear if these changes will extend to the Titan XD, or what powertrain changes are in store for 2020. Rumors surround a V6 finally being added to the half-ton model and the XD diesel being dropped for the ’20 or ’21 MY. Details have not been revealed for the V6 engine, though it could be a 3.8L DOHC 24v V6 that is expected to find a home in the next Frontier as the uplevel engine. 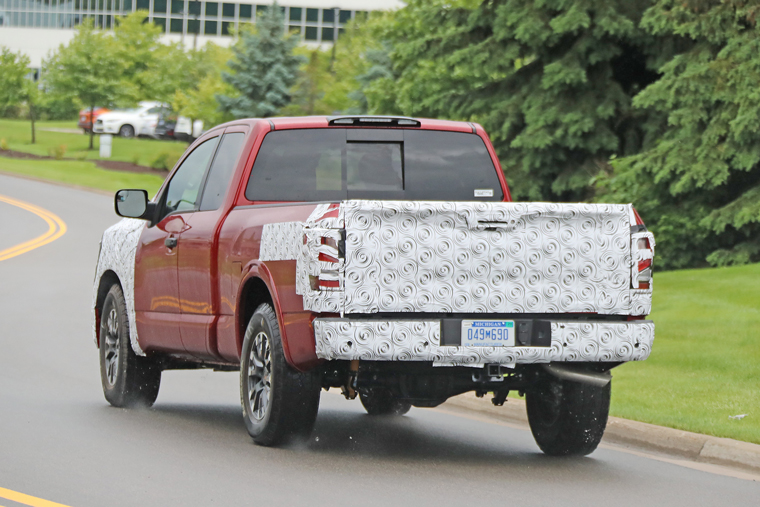